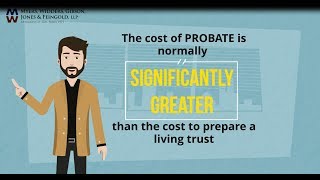 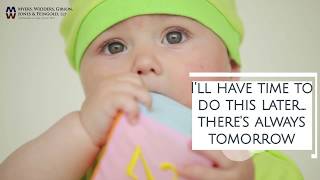 Amends Civil Code section 4735 to prohibit an association from banning artificial turf. This new law makes void and unenforceable any provision of the governing documents that prohibits use of artificial turf or any other synthetic surface that resembles grass. This new law also prohibits any requirement that an owner remove or reverse water-efficient landscaping measures, installed in response to a declaration of a state of emergency, once the state of emergency concludes. However, an association may still implement reasonable restrictions on the use of artificial turf and water-efficient landscaping.

Amends Civil Code section 5570 to make technical changes to the Assessment and Reserve Funding Disclosure Summary form, including that the form include in its title the year to which the form applies.

Civil Code section 4735 currently makes void and unenforceable any provision of the governing documents that prohibits use of low water-using plants, or prohibits or restricts compliance with water-efficient landscape ordinances or regulations on the use of water. It also prohibits an association, except an association that uses recycled water for landscape irrigation, from imposing a fine or assessment on owners for reducing or eliminating watering of vegetation or lawns during any period for which the Governor has declared a state of emergency or the local government has declared a local emergency due to drought. AB 786 amends Civil Code section 4735 to revise that exception to instead authorize the imposition of a fine or assessment against an owner who receives recycled water from a retail water supplier and fails to use that recycled water for landscaping irrigation.

Adds Civil Code section 4750.10 to make any provision of a governing document void and unenforceable if it effectively prohibits or unreasonably restricts the use of a clothesline or a drying rack in an owner’s backyard. Reasonable restrictions are enforceable. The new law applies to backyards that are designated for an owner’s exclusive use. AB 1448 expressly excludes a “balcony, railing, awning, or other part of a structure or building” from the definitions of “clothesline” and “drying rack.”

Amends Government Code section 65850.7 to require cities and counties to approve applications for installation of ECVS, unless the city or county makes specific written findings that a proposed ECVS would negatively impact public health or safety and there is no feasible means to mitigate the impact. Meant to streamline ECVS approval process. Does not change Civil Code section 4745 regarding HOA regulation of EVCS. Associations are advised to stay ahead of local permitting process, and not delay approval or denial of applications for installation of EVCS.

Amends Civil Code section 1941.7, and Health & Safety Code section 17920 and 17920.3. Changes to the Health & Safety code now make “visible mold growth” a substandard building condition that could subject a landlord to criminal penalties, excepting “mold that is minor and found on surfaces that can accumulate moisture as part of their proper and intended use.” Although the new law targets landlords, courts have held community associations to a landlord’s standard of care when evaluating health and safety concerns arising in common areas. Per Frances T. v. Village Green Owners Assn. (1986) 42 Cal.3d 490, associations are obligated to take reasonable steps to address health or safety threats in common areas that are known or should be known. Associations should not delay in responding to and evaluating complaints regarding the possible existence of mold in common areas or those areas which the association is obligated to maintain.

The following are published and binding decisions:

This case examines the Brown Act, which applies to governmental agencies rather than common interest developments, which are governed by the Open Meeting Act (Civil Code sections 4900, et seq.). The court’s use of the substantial compliance test, however, may guide an association’s notice and agenda practice. While we encourage nothing but total compliance with the Open Meeting Act, this case indicates that, as long as notice and agenda essentially and substantially complies with the “reasonable objective of” the statutory requirements, the courts may elect to not overturn association action.

A homeowner in a homeowners association challenged the ability of a debt collector to charge an owner directly for the costs of collecting delinquent assessments under the federal Fair Debt Collection Practices Act. Unlike most assessment collection agencies, the agency examined in this case runs a “no cost” business model whereby the costs generally incurred by the association client are passed directly onto the homeowner debtor. The court surmised that this arrangement may be unlawful because the costs charged to the homeowner exceed those incurred by the association.

Ryland Mews Homeowners Association brought an action against homeowner for the unauthorized installation of hardwood floors in his unit which significantly increased the transfer of noise to the unit below. The court issued a preliminary injunction requiring the homeowner to submit a proposal to bring the floor covering into compliance with the association’s guidelines, and, in the meantime, put throw rugs on the floor of his unit to decrease noise distribution.

Oak Shores Community Association (the “Association”) adopted various rules, including rules that restricted minimum rental periods to seven days and imposing an annual fee on those owners that rented their homes. The Watts, absentee homeowners who regularly rented their home to short-term renters, challenged the rules.

The court upheld the rules, holding that the CC&Rs provide the board with broad powers to adopt rules for the Association. Because nothing prohibits the board from adopting rules governing short-term rentals, including fees to help defray the costs of such rentals, the board may enact reasonable regulations on the use and alienation of the condominiums.

The following cases are unpublished, which means they are not binding authority in the courts. However, we include them here for the guidance they offer managers and associations: Bel Air Ridge Homeowners Assn. v. Rosenberg (2015) 2015 WL 3794871 (unpublished)

The appellate court affirmed the granted petition, holding that the proposed restatement was neither unreasonable, nor eliminated the declarant’s and mortgagees’ rights or security interests. Because the restated CC&Rs, and the Association’s election procedure comported with applicable law, the appellate court found no reason not to grant the Association’s petition and approve the restated CC&Rs.

The appellate court’s discussion highlights the importance of documenting the Association’s attempts to encourage participation in the election. It further appears to support use of the “deemed consent” procedure for mortgagee approval previously approved in Fourth la Costa Condominium Owners Assn. v. Seith (2008) 159 Cal.App.4th 563.

Since their creation, the governing documents of The Villas in Whispering Palms (the “Association”) have contained a restriction limiting each household to one pet, and have also allowed the homeowners to obtain a written variance from restrictions. For several years, the board of the Association granted variances allowing more than one dog, but notified the homeowners that it would begin enforcing the one-pet restriction.

Several years thereafter, Tempkin moved to the Villas with one dog, then obtained a second. After a series of violation letters, the Association sued Tempkin for a injunction requiring him to remove one of his dogs. In response, Tempkin argued that (1) the Association had waived the right to enforce the pet restriction after years of nonenforcement, (2) the restriction was unreasonable because it was not applied in a uniform and fair manner, and (3) the Association’s enforcement actions were unreasonable and unfair. The court disagreed, holding that the board’s decision to enforce the pet restriction after years of nonenforcement was entitled to judicial deference where there is a showing of reasoned and good faith decisionmaking, and where the board’s power was exercised in a fair and nondiscriminatory manner. Here, simply because the Association did not enforce the pet restriction until 2005 does not indicate the board acted discriminatorily against Tempkin. After 2005, there was evidence the board uniformly issued violation letters and fines for continued violations.

The take-away? Boards should enforce association rules and restrictions uniformly. Contact our office for our suggested seven-step violation procedure.

For questions or further guidance, do not hesitate to contact Kelton Lee Gibson, Cari Ann Potts or James E. Perero.